Google Play Store Ranking Factors have always been countless but some of the most important ones include keywords, title, descriptions, localization, rating, and reviews. With so many different factors to consider, it can be hard to determine which are the most important, as each one can bring positive and negative results in Google Play Store Ranking Factors.

The question comes to your mind how to rank the app in the Google Play Store? so let’s start it!

In the early days of app development, getting an app into the App store optimization was seen as a major accomplishment. But as Android has grown in popularity, Google Play has become an increasingly important destination for app developers. In this article, we’ll take a look at some of the factors that go into Google Play’s ranking algorithm.

Keyword Research is the first thing that we can count in Google Play Store Ranking Factors. Since the release of the Android operating system in 2008, Google Play has become the go-to app store for Android users. With over 1.4 million apps to choose from, users can find an app for just about anything. But with such a large selection, how do you know which app is right for you?

One way to find the best apps is by using keywords. Keywords are words or phrases that you type into Google Play’s search bar to help you find specific apps. For example, if you’re looking for a weather app, you might type “weather” into the search bar. This will bring up a list of all the weather apps that are available on Google Play.

You can also use keywords to find new and interesting apps as it is one of the most important Google Play Store Ranking Factors.

2. How to write ASO based App Title

The app title is the most important aspect of Google Play Store Ranking Factors that influence an app’s ranking in the app store. An effective title can make your app stand out from the rest and increase downloads. Here are some tips on how to write an ASO based app title:

Read about How to run UAC Campaigns

A good App Short Description should be brief and to the point, accurately describing the app’s features and benefits, and enticing users to download the app. It should also be well-written and error-free. We need to work on all Google Play Store Ranking Factors for our app ranking.

4. How to target keywords in app Long Description

When you submit your app to the App Store, you’re asked to provide a long description. This is your chance to tell potential users about your app and its features. While you can use general keywords throughout your long description, it’s important to target specific keywords as well a full description is one of the most helpful part in Google Play Store Ranking Factors to rank multiple keywords.

To find the right keywords for your app, start by doing some research. Use Google Trends and the Google Keyword Planner to see which keywords have the highest search volume. You can also see how competitive those keywords are by looking at the AdWords competition score.

Once you’ve identified a few high-traffic, low-competition keywords, incorporate them into your long description. Try to use them in a natural way that sounds like something you would say in conversation.

5. How should be an App Icon for the best conversion rate?

Designing an app icon is one of the most important steps in marketing your app. It is the first thing that users see and it needs to be visually appealing and memorable in order to stand out from the rest of the competition. But with so many different design trends out there, how do you know which one will result in the best conversion rate for your app? and how to rank app in google play store?

One way to determine this is to study which app icons are currently performing the best and try to imitate their style to improve the icon factor in Google Play Store Ranking Factors. You can also look at what type of design is popular in your specific industry or target market and go from there. Whichever direction you decide to go in, make sure that your icon is simple, yet eye-catching. And most importantly, test it out on different platforms to see how well it performs.

Mobile app screenshots are one of the most important elements in top Google Play Store Ranking Factors. They can help you to catch users’ attention and persuade them to download your app. However, creating great screenshots can be tricky. In this article, we will share some tips on how to create awesome screenshots that will help you to promote your app successfully.

Use a single-screen shot of your app, with as little distraction as possible. A single screenshot is the most effective way to attract users to your app. This will help you to establish your app’s brand and showcase its main features. Use the app preview screen. It helps you to give a quick overview of your app’s features, and is essential for promoting your app. Try to use screenshots that are easy on the eyes and have a strong contrast between them and the background. Include a screenshot of your app’s settings.

7. How to get 5 stars ratings from app users

Rating is also now a part of Google Play Store Ranking Factors. People are more likely to use an app if they know that other people have had a good experience with it. This is where star ratings come in. App users are more likely to give your app a five-star rating if they feel that you’ve made their experience enjoyable and worth their time. Here are some tips on how to get those high ratings and how to rank app in Google Play store?

Make sure your app is easy to use and navigate. If it’s not user-friendly, people will quickly give up on it and rate it low.

Keep the design simple and sleek. Too much going on can be overwhelming and distracting.

Update often with new content and features. If people see that you’re constantly working on improving the app, they’re more likely to rate it higher.

Be responsive to feedback.

Reviews are important for app rankings because they help potential users decide whether an app is worth downloading. The average rating and the number of reviews a particular app has can both be factors in how high it appears in the search results. Positive reviews can also lead to more downloads and higher profits for app developers.

There’s been a lot of discussion in the app industry about the impact of Conversion Rate (CR) on app store rankings. Some say that CR is the most important ranking factor when you are looking for how to rank app in Google Play store?, while others claim that it only has a minor role. So which is it?

It turns out that both sides are partially correct – CR does play an important role in rankings, but it’s not the only factor that matters. Let’s take a look at the relationship between CR and rankings. In general, the higher a user’s CR is, the more likely they are to purchase your app. So if you have 100,000 users who download your app on a monthly basis and each of them provides one install, then the average number of users for each month would be 40,000. Based on this figure, the average CR for your app is 40%. That’s why we marketers count conversion rate as one of Google Play Store Ranking Factors.

9. Impact of app Localization on rankings

There is a huge importance of localization in play into Google Play Store Ranking Factors. One of the most important is how well the app’s localized content resonates with users in different countries. If an app is not localized for a specific market, it will likely rank lower than an app that is fully translated and adapted to that market.

Localizing an app for different markets can be a complex process. It involves taking into complete store listing into different languages, cultures, and user preferences. App developers who want to localize their apps should carefully consider all of these factors to ensure that their apps are successful in different countries.

App localization can also have a positive impact on rankings. In fact, Google has said that it gives preference to apps that are properly localized for certain markets.

One of the first things to consider when creating an app is the category it will fall into and the content within it. There are many app categories to choose from, including business, education, lifestyle, and health & fitness. It’s important to research which category your app falls into and what content is included in that category. For example, if you’re creating a fitness app, you’ll need to include information on workouts, meal plans, and progress tracking. If you’re creating a social networking app, you’ll need to include features like messaging and photo sharing.

Sometimes you did everything, but don’t check the competition. Market saturation makes it difficult to rank new apps. so be careful with new app keywords and check the difficulty. If there is less competition, Google will rank you faster and easier.

In the ASO community, there is a lot of discussion about how competition as a factor of Google Play Store Ranking Factors. According to Google, they use a variety of factors to determine where a site appears in search results. The main factor is the relevance of a site to the user’s query.

Some people believe that if there is less competition, Google will rank you faster and easier. This may be true to some extent, but it’s not the only factor that Google considers. There are many other things that play into whether or not your app will rank high in search results.

One important thing to keep in mind is that Google’s goal is to provide the best user experience possible. If your site isn’t relevant or useful to searchers, it won’t rank high no matter how little competition there is.

In order to succeed in the app market, it is crucial to put effort into marketing and promoting your app. There are many different ways to do this, and the most successful methods vary depending on the app and its target audience. However, some general tips include using social media platforms to reach a wide audience, creating a website or landing page for your app, and reaching out to bloggers and other journalists for coverage. It is also important to track how well your marketing efforts are working by using analytics tools to measure downloads and user engagement.

Hope now your question of how to rank app in Google Play store? is answered.

In conclusion, when it comes to Google Play Store Ranking Factors, it is important to focus on the right keywords, target your audience and create attractive graphics. Additionally, it is crucial to invest in in-app marketing campaigns in order to reach your target consumers. By following these tips, you can maximize your chances of success in the app market. 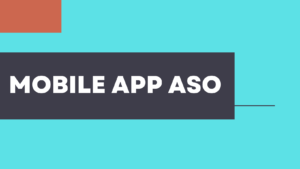 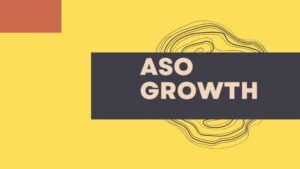 App Store Optimization ASO Growth is something that we need on an everyday basis while doing app store optimization. According 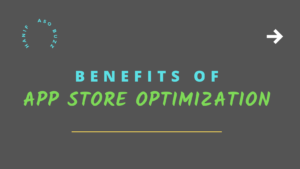 The benefits of app store optimization can be countless if we do it in perfect way. An app store is 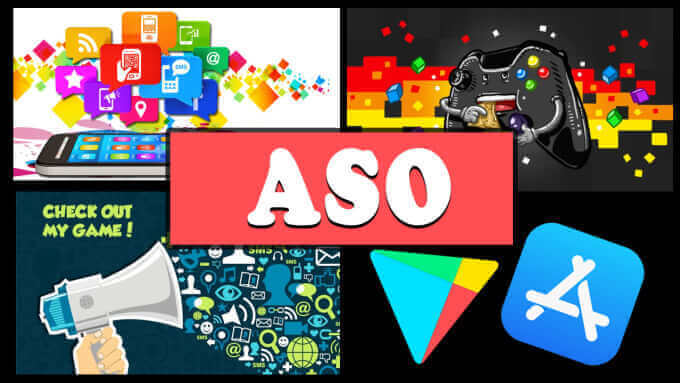 I am Hanif Marwat – Senior ASO Expert with 4 years of mobile Games & Apps Marketing experience. I also love to write blogs about my expertise.