In App Messaging Vs Push Notifications 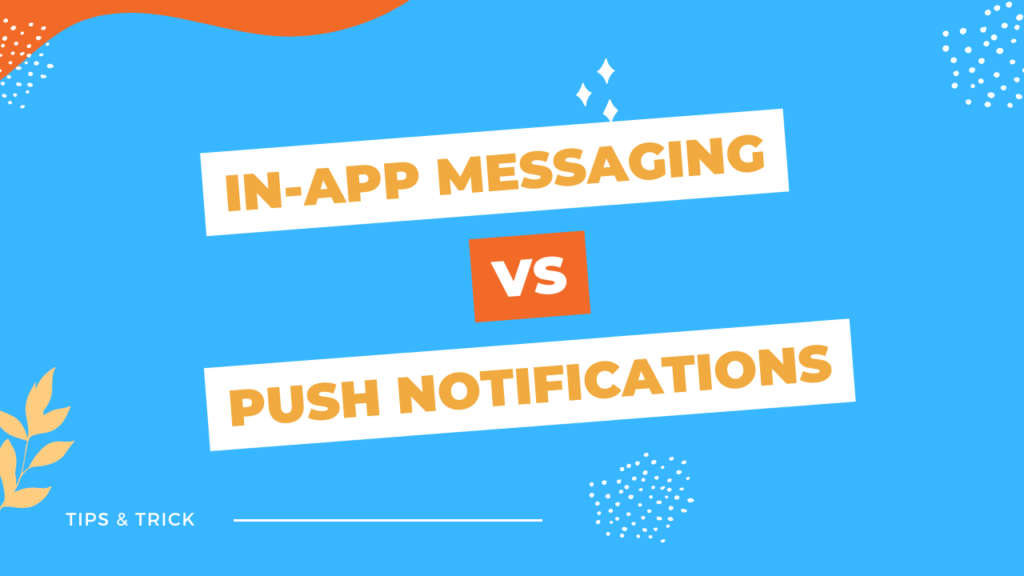 In app messaging and push notifications are two popular ways for businesses to send messages to their customers. Both have their own advantages and disadvantages, so it’s important to choose the right one for your business. In app messaging allows you to send messages directly to your customer’s device, but push notifications can be more intrusive and may not be seen by the customer right away.

In App Messaging Vs Push Notifications

In app messaging can be more effective than push notifications because users are already engaged with the app. They’re more likely to see and read a message that appears within the app than one that arrives as a notification. Plus, in app messages can be personalized based on user behavior and preferences, while push notifications are generic.

However, push notifications can’t be ignored like in app messages can. They grab attention because they appear on the home screen, often with an accompanying sound or vibration. This makes them ideal for time-sensitive messages or announcements that need to reach as many people as possible.

What are In App Messages?

What are Push Notifications?

Push notifications are a type of message that can be sent from an app to a user’s device. They appear on the device’s home screen, lock screen, or in the notification tray. Push notifications can be used to deliver information about new content that is available in an app, or to send reminders and updates to users.

When a push notification is received, it appears as a banner at the top of the screen on an iOS device, or as a pop-up on an Android device. Users can tap on the notification to open the associated app and view the new content. Push notifications can also be configured to make a sound or vibrate when they are received.

Push notifications are a useful way for apps to keep users up-to-date with new content or developments. However, they can also be abused if they are not used judiciously.

The Pros and Cons of In App Messages

When it comes to mobile messaging, there are two main types: in app messages and push notifications. Both have their own pros and cons that should be considered before deciding which is right for your app.

In app messages are great for getting a user’s attention while they are already using your app. They can be used to deliver content or updates that are relevant to what the user is doing at that moment. However, they can also be disruptive if they are not well timed or relevant.

Push notifications, on the other hand, can be sent even when the user is not using your app. This allows you to reach them with timely information even if they are not actively engaged with your app at that moment. However, push notifications can be easily ignored or even turned off by the user if they find them to be annoying.

The Pros and Cons of Push Notifications

There are two main ways to send mobile notifications: push notifications and in-app messages. Both have their pros and cons, so it’s important to understand the difference before choosing which one to use.

Push notifications are sent from the server to the app on the user’s device. They can be used for a variety of purposes, such as sending a message, displaying a news alert, or even promoting a sale. The main advantage of push notifications is that they can be received even when the app is not open. However, they can also be disruptive and intrusive if not used carefully.

In-app messages are displayed within the app itself. They can be used for things like asking users to rate the app, providing updates on new features, or sending special offers.

Push notifications have been shown to be more effective than in-app messages, but both have their own advantages and disadvantages. In-app messages require the user to have the app open, which means they might miss the message if they’re not using the app at that moment. However, in-app messages generally allow for more customization and personalization, which can make them more effective.

Definition: App Store Optimization is the continuous process of improving visibility in the app store to increase the number of

How To Take Great Family Photos On An iPhone

Here are some tips for taking great family photos on an iPhone:   Choose the right lighting: Natural light is

Google Play is the official app store for Android devices, and it offers a variety of tools to help developers

I am Hanif Marwat – ASO Expert & UA Specialist. I have 5 years of professional & freelance experience in app/game marketing, where I have achieved 10 million downloads many times.

I am also writing articles on ASOBuzz.com, my hobby site, where I love to share my learning through writing.

Get in touch with us